So, for the last few months, I’ve been producing more than I have been documenting. consider this an update! First, I’d like to talk to you about stashbusting. Back in January, I promised myself and the Internet to do some serious stash digging, and try to use some of that stuff that’s been laying around for a while. I have been doing that, and while my results stray a bit from the original plans, I think I’ve done quite good. Especially my knits stash has felt the pressure. 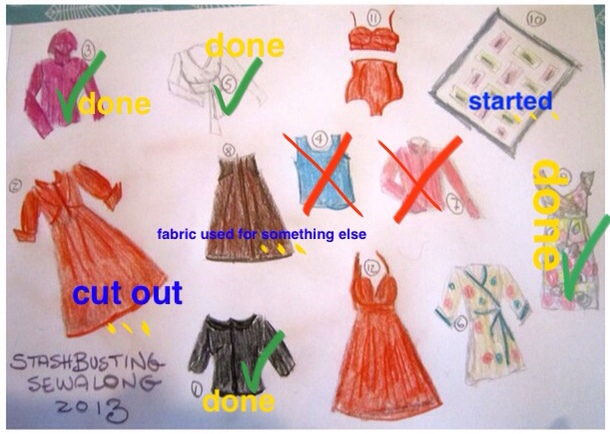 This picture shows my original plans, and what has become of them. All but three projects have been started in one way or another. Let’s go into the details shall we?

Let’s start with the things I haven’t started on: the bikini, the red dress and the kimono. Although this summer has been spectacular, weather-wise, I still almost never wear bikinis, I am more of a bathing suit kind of a gal. And from earlier years, you all know that I have enough summer dresses. So those two projects were just not prioritized this summer. The kimono? Well, I really should just make it already, but so many other fun projects distract my creativity all the time…

The items with a red cross just didn’t work out. I tried to use the Grainline Tiny Pocket Tank twice, but it just isn’t a pattern made for me, so I had to trash that project. The coral shirt fabric turned out to be some kind of polyblend with no give, so shaping princess seams was impossible, and the fit didn’t work out with that fabric. So it lives a quiet life as scraps instead.

For the red shirtdress, I have cut out Deer and Doe’s Bleuet, I just need to stitch it together. I finished the pink hoodie just in time for a holiday we spent on an actual desert island, the brown skirt turned into a Cambie instead, and the dress B5814 is made out of a different fabric. Actually that pretty dress deserves it’s own blog post, as it’s made from my precious perfect fabric! Oh, and the quilt? I have started it, but it takes it’s sweet little time. I need to be in the mood for straight stitching for that one.

The other couple of pieces are documented here and here. The wrap top, though has already had to go, as it never really did cover anything. I always needed to wear a tank underneath, and that wasn´t really the look I was going for. Also, the wrap wrapped way too tight.  I’d rather try the Pavlova at one point instead.

But as I mentioned in the beginning, I have been making some other stuff as well. Here’s a list that probably isn’t complete: 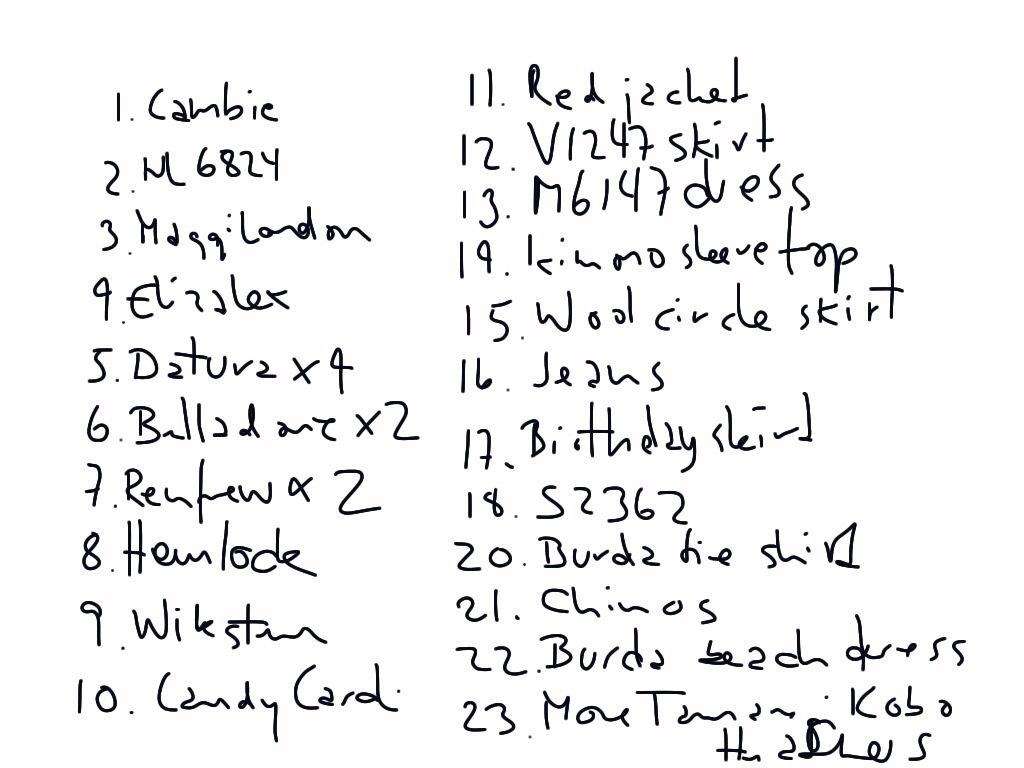 I hope to dazzle you with pictures of all of these at some point, but here are some of them as seen in Me Made May: 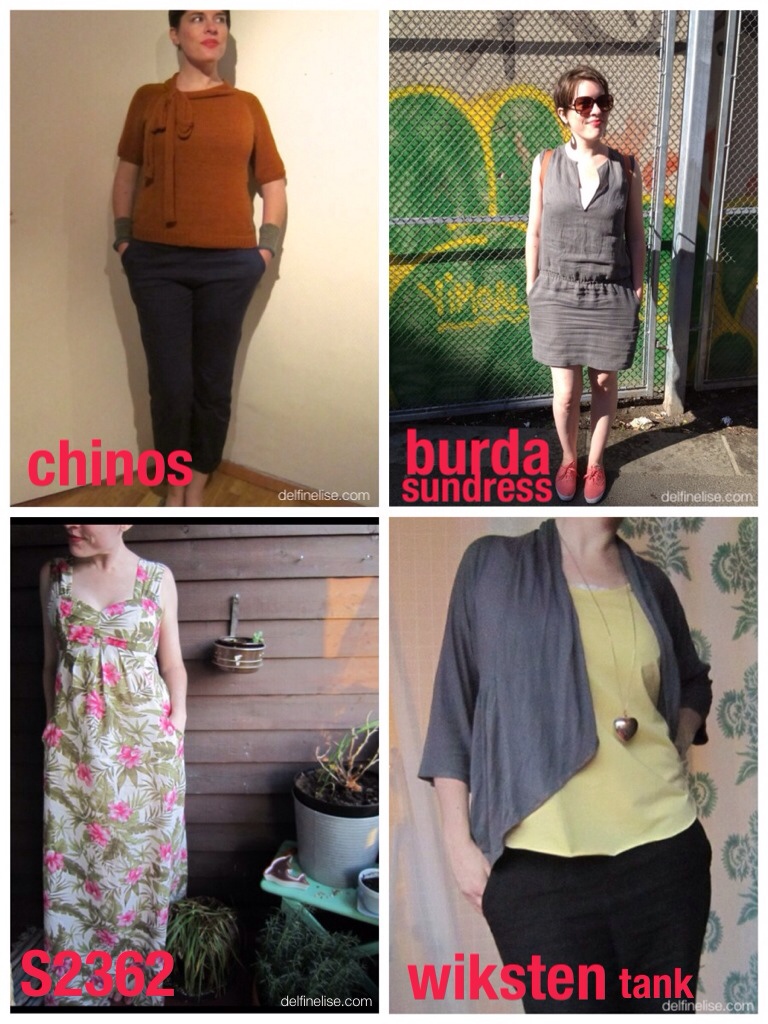